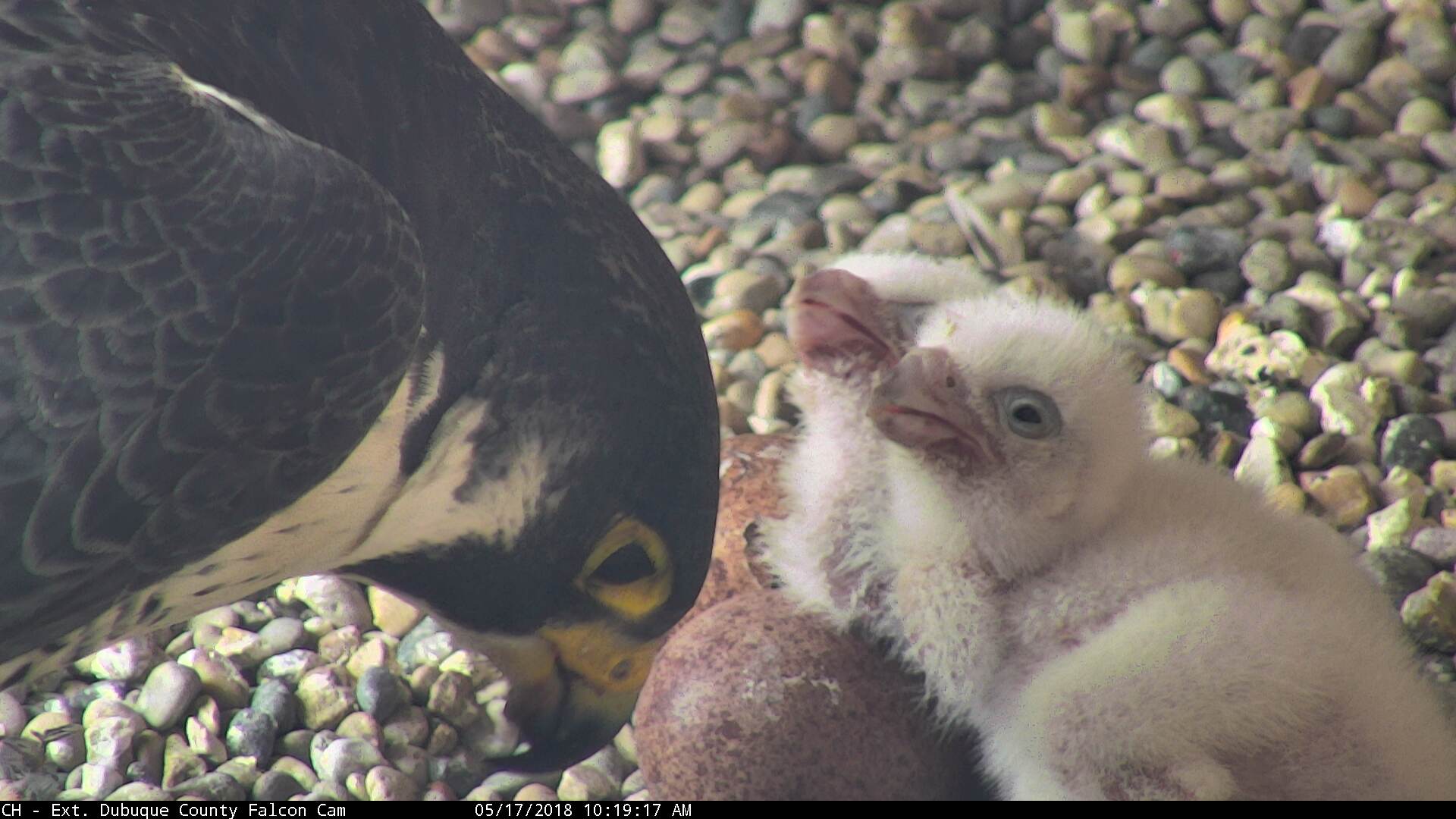 The falcons have returned in 2018.  As of April 11, Mom and Dad are tending 4 little red eggs.  The 2018 Falcon Photo Gallery details events from eggs to flight.

Difference Between the Mother & Father Falcon

The female is larger. The male also has research bands on his legs. You may notice some white eggs in the early gallery photos of the nest. It is unlikely that these are from a falcon. The red eggs are the falcon eggs.